Evidence continues to show a surprisingly low percentage of women in IT and eCommerce. Even though women comprise more than half of the workforce, they make up less than 20 percent of IT jobs. Yet times are changing, with higher-profile female business leaders and overwhelming benefits to having a more diverse workplace when there are more women at, or near, the top.

A large part of the reason I felt eWave was such a good fit for my career was the fact that the company was led by Fatima Said. After hearing her story during the interview process - which is nothing short of inspirational - I was immediately on board with the direction she was going, as well as the path she had set out for me as Project Manager.

A leading technologist in the commerce space, Fatima launched her first IT company at the age of 16, Ecommerce Inc. While running this business, she completed her Bachelors and Masters of IT at Johannes Kepler Universität in Linz, Austria, before relocating to the US to focus on her business.

In her ten years at the helm, Ecommerce Inc. would manage the infrastructure for over 500,000 websites, quickly becoming one of the largest hosting providers globally.

In 2009, she took her passion for disruptive technologies to the Australian market with the digital commerce agency she founded, eWave, delivering best-in-class commerce ecosystems across the APAC region.

As Managing Director, she has overseen the agency’s growth from its foundations to become a cross-continental commerce powerhouse. Backed by a history of brand transformations and business results, her technical ability and future-focused entrepreneurship has earned her reputation as one of the most sought-after experts in the commerce field.

By her own admission, the road to where she is today hasn’t always been easy or straightforward. The challenges of building a business in the heavily male-dominated ecosystem of the IT industry tested her strength and determination from every possible angle. But she succeeded, and her success is testament to the fact that it is possible for women to thrive in IT.

An absence of women in the industry

The numbers are low when it comes to women in IT leadership positions. A 2018 survey of IT companies in the US, UK and China, conducted by the Silicon Valley Bank, found that 57 percent of startups report they have no women in the C-suite and 71 percent have no women on their boards.

Fewer women than men are hired at the entry level and with every step up the corporate leadership ladder, the representation of women declines. Women hit a glass ceiling early on, with studies showing that we’re 18 percent less likely to be promoted to management level than our male peers.

There’s also a pipeline issue with a diminishing number of women entering the IT workforce. STEM (science, technology, engineering and maths) subjects piqued my interest at an early age, yet my enduring interest in these subjects seems to be an exception to the rule. On average, girls become interested in STEM careers at the age of 11; however, research shows they tend to lose interest by 15 years of age due to factors such as a lack of female mentors and practical hands-on experience with STEM subjects, plus gender inequality in STEM jobs.

At eWave, we think differently. 33 percent of our staff are female, and this percentage is growing – and is well above average. So, what have we realised at eWave that others haven’t?

Women in IT matter

Quite simply put, women matter to the IT industry. Aside from the obvious moral and social justice issues when it comes to diversity, there are obvious benefits that come with hiring women into IT positions and companies.

Increases in gender diversity are directly related to greater returns on investment. Highly gender-diverse IT companies returned 5.4 percent more annually than their less diverse IT counterparts. Further, females in leadership positions lead to increased ROI in Fortune 500 companies with at least three female directors experiencing a 66 percent increase in return on invested capital, a 42 percent return on sales and a 53 percent return on equity.

Gender diversity can produce greater creativity and innovation. The Co-founder and CEO of edtech states: “We can’t create the best technology solutions if the teams building them don’t represent the public using them. Diversity is both a social justice and a common sense issue – especially in an increasingly global economy”.

Times are changing with more women making their mark and paving the way for younger women entering the tech industry. Kirsten Green is leading the charge through her Forerunner Ventures. She backs female-led startups, investing in savvy companies such as Birchbox and Glossier, while six out of seven of the executives in her firm are women.

Sheryl Sandberg, Facebook COO, became the first woman to serve on Facebook’s board of directors. As a strong champion for women in the workforce, her Lean In organisation continues to push for greater gender equality in the C-suite.

Meanwhile, Ginni Rometty, President and CEO of IBM, joined the company as a Systems Engineer before going on to serve a number of senior roles. Remaining with the company for four decades, she is currently leading its transformation into data and as a cloud platform provider.

The pendulum is shifting

I’m a strong believer that change can, and will, happen as women see other females – the Sheryl Sandbergs and Gini Romettys of the world – advocate for women in leadership and as they succeed at great lengths. These women have done it, Fatima has done it, and you can too.

The gender biases that exist in technology will linger, even as women continue to gain ground in the field. Some advice from Fatima: “Ignore these biases – don’t let them get the better of you – and use your determination and grit required to succeed, much as I did when building two high-performing businesses in a male-dominated space”.

One of the most powerful ways that women can support other women is to be both a mentor and to seek mentorship from other females. In a year-long study, female engineering undergraduates who were paired with a female mentor felt “more motivated, more self-assured, and less anxious” than those without a female mentor.” It works, so encourage the process with whatever you do.

I’m lucky enough to have Fatima as my mentor, and I view her success as a means of encouraging and empowering me to forge my own path to the top of my field. Her story has proven that women have a valuable and unique contribution to the IT workforce, and I for one am proud to be part of this shift. 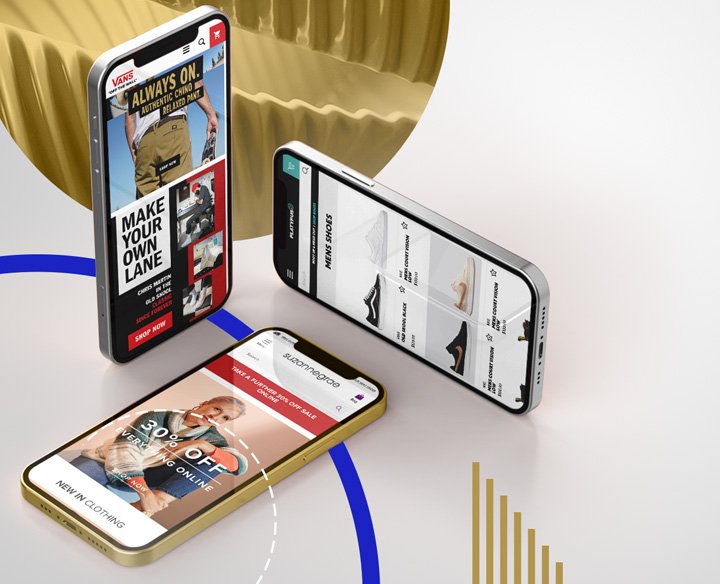 What is Composable Commerce? And Why Does it Matter?

Traditional commerce platforms offer a one-size-fits-all solution from a single vendor, many complete with the basic capabilities to set up and run an eCommerce site.